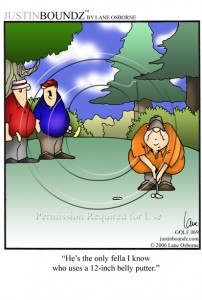 With three out of the last four major championships having been won by golfers using long putters, the debate over the use of those clubs has, once again, come to the forefront. The proponents of banning long putters often cite the ability of a golfer to “anchor” such clubs to his or her body. However, if the R&A and USGA ultimately opt to eliminate long putters from the game of golf, hopefully they’ll understand that anchoring the club is often a function of physiology for some golfers…regardless of putter length.

One thought on “The Debate on Belly Putters”